This past year, my cousin went away to university for the first time.  We’ve been talking a lot about her experiences so far, and how they compare to mine, since I just graduated after five years at university and am going to teacher’s college in the fall, and I thought I might share some of them here.

I’ve had fairly diverse experiences in my university career.  In September 2008, I started at Brock University as a student in Biomedical Sciences.  A joint program put together by the Departments of Biology and Community Health Sciences, it was geared towards students intending to go into biomedical research or, in my case, medical college.  After two years in the program, I decided that it really wasn’t for me, and decided that I needed a change.  I adored Brock and didn’t want to go anywhere else, so I began looking into what other programs it offered that might interest me.  I considered staying in sciences, perhaps majoring in just Biology or Health, which would at least get me away from the evil Organic Chemistry class that was the bane of my existence.  But, for various reasons, I decided those programs weren’t the right place for me either. 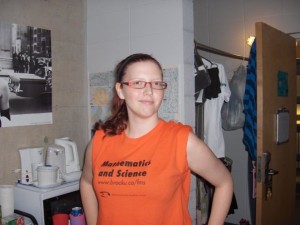 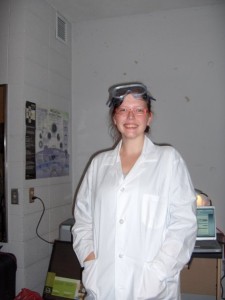 It was then that I turned to the Humanities.  Having gone to a private arts school from grades five through eight, and having been heavily involved in music and the arts throughout my first three years of high school, Music seemed like a natural choice.  However, I was also gifted with fairly decent essay-writing skills and read so much it might actually be unnatural, so the English Language and Literature program drew my interest as well.  Long story short, I eventually made up my mind, which is how I ended up graduating with a BA in Music (with First-Class Honours) and a minor in English.

Each year has also brought me a different living arrangement, and a new degree of independence.  When I first arrived at Brock, I didn’t know anyone and therefore chose to live in residence (or as American readers might call them, the dorms).  I lived in a “traditional” residence hall, where my only private space was my own bedroom. 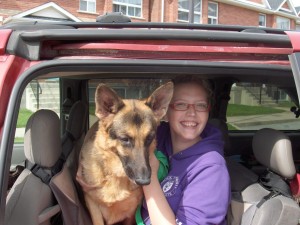 For my second and third years at Brock, I was a don, known at some other universities as an RA (Residence Assistant).  Now, on top of my school-related schedule, I had to attend regular meetings and training days, create programs for the students of my area to enjoy and learn from, and go on rounds at night to make sure everyone was being safe and following the various rules of residence.  Mostly I was breaking up parties and making sure people didn’t get so drunk that they hurt themselves.  On top of all this, I experienced a new form of independence: Brock’s “townhouse”-style residence.  Now, instead of the typical dorm set-up, I had a kitchen and living room, and two roommates to share them with.  Third year was also when I started dating my boyfriend (now my fiance), and proceeded to spend entirely too much time with him. 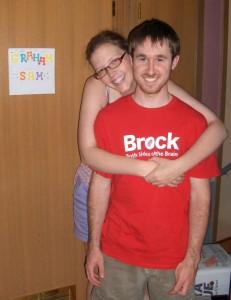 The last two years of our university careers, we lived together and I finally experienced living off-campus.  I was still fairly close  to campus, but there weren’t dining halls around to fall back on when I became lazy.  While I missed being on the Residence Life Staff, it was nice to have a bit more freedom and not have so many pressures, while at the same time feeling more and more like a “real adult.”  To finish up faster, I also spent last summer living in St Catharines so I could take a few courses.  Until then, I had lived there and gone to Brock from September to April, and then gone home to London for the summer where I could live for free and mooch food, laundry, and money from my dear sweet mother.  While it was nice not to have to move twice that year, it was very different being by myself for the majority of the summer.  And not only did I have to feed myself, but I also had a small, furry, and excessively demanding creature to take care of as well (my cat, not my fiance).

So, with my story as a university in mind, here are my tips for those heading off into almost-adulthood this fall: