Okay, Day 5.  I probably could have lumped this stuff in with eReaders, because you’re still reading stuff.  But c’mon, comics are pretty epic.  And I love me some poems and quotes.  So I figured they might as well get their own dedicated post.

If you love comics, you gotta go for the basics: Comics (by comiXology), Marvel Comics, and DC Comics.  All three apps are essentially the same, but unlock different issues you may purchase and download (admittedly, there are a few in Comics that you’ll find in the Marvel or DC app as well, but trust me, you’ll want to dedicated apps for each company).  Comics include many popular series, such as The Walking Dead, Archie, Kick-Ass, and Scott Pilgrim.  If you’re in for a good laugh, I seriously recommend Detective Honeybear – he’s a teddy bear, and a detective, and he has a lisp…seriously good times. 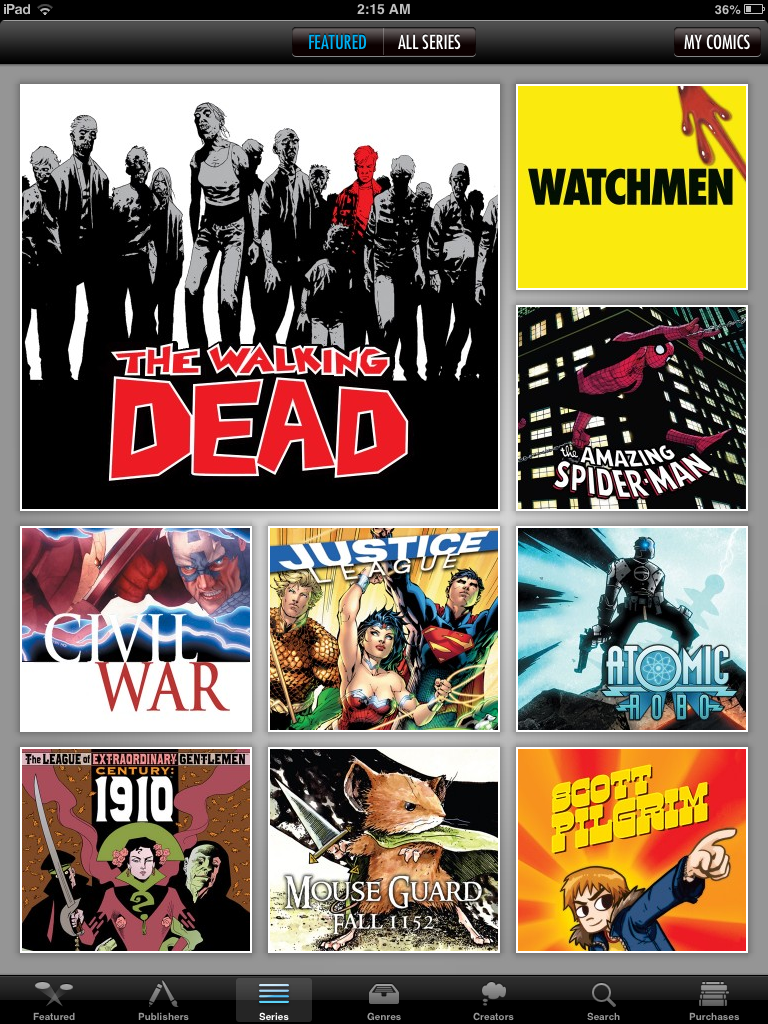 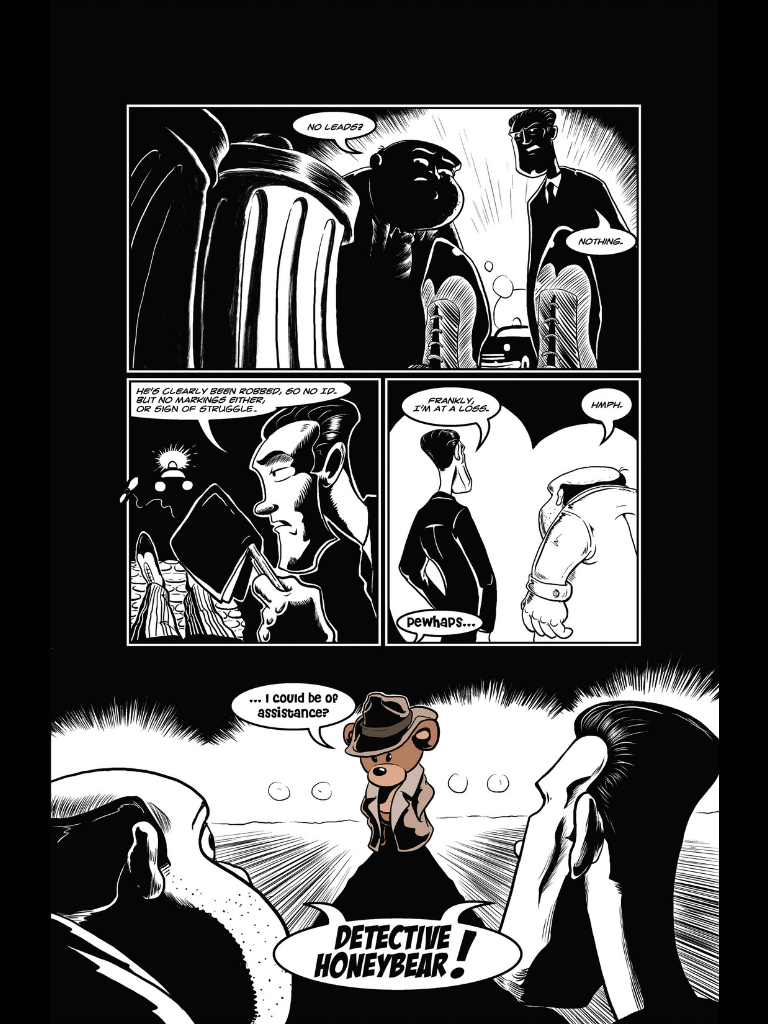 Marvel and DC are…exactly how they sound.  While I must say that my heart will always belong to Stan Lee, I obviously needed the DC Comics app for Batman and whatnot.  What is great is that both apps allow you to search comics based on their story arcs.  Very neat, especially if numerous series all revolve around the same arc.

In all three comics apps, you’ll find a good sampling of free comics (I haven’t paid a cent yet), though if you’re a die-hard fan and can’t exist on just the free ones, you’ll be happy to know even the paid ones are usually only $0.99 (the most expensive single issue I’ve seen was $4.99; collected editions tend to be between $6.99 and $10.99, which should be cheaper than buying each issue in the volume separately).  You can read your comics offline, so I know I like pulling up one of these apps for a quick bus ride or the like.  Love it! 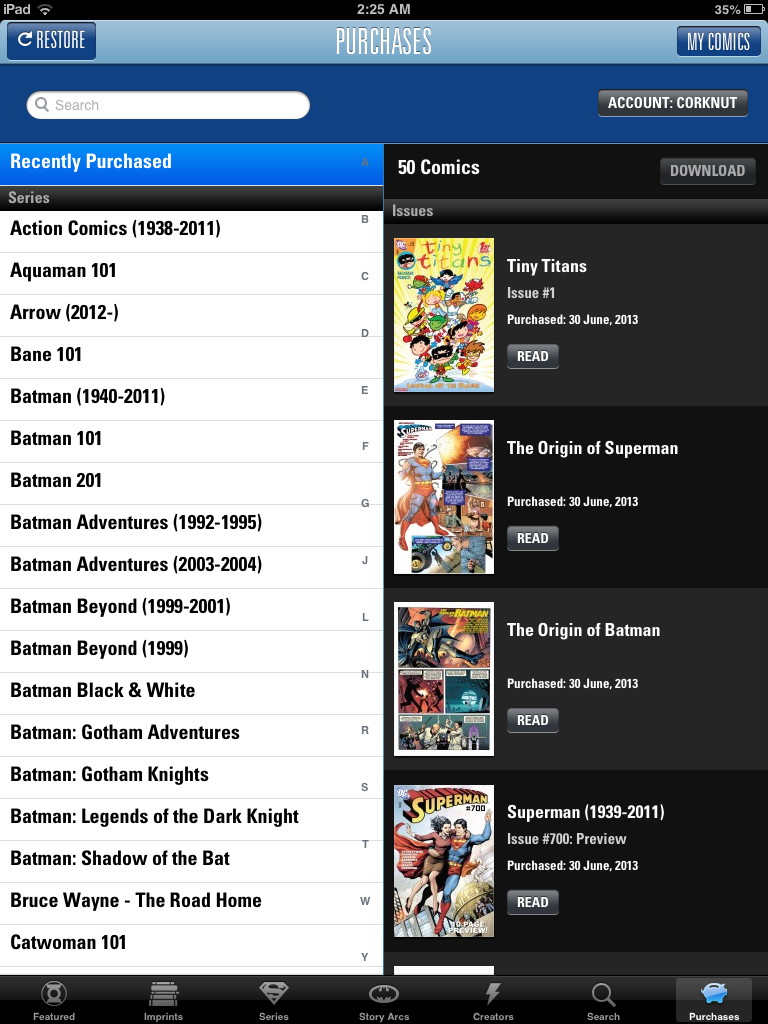 Moving on from comics…I scoured the app store for good poetry and quotes apps.  Seriously.  I even downloaded a few just to try them out and eliminated the ones I didn’t like.  Maybe I haven’t even found the best ones yet – because seriously, there are a LOT, even when just looking at free apps – but here are the two I settled on (for now, at the very least).

First off: POETRY, by the Poetry Foundation 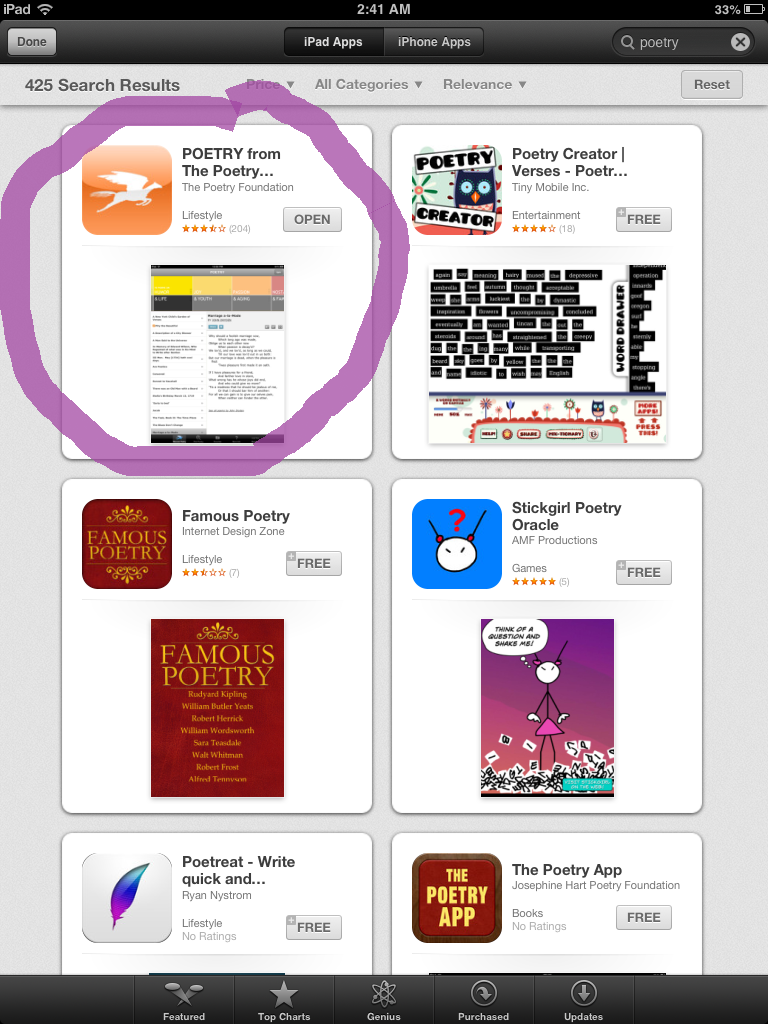 This app is. So. Cool.  The first time I opened it up and tried it, I couldn’t believe how amazing it is.  Admittedly I’m a bit of a nerd, but still, I think anyone can appreciate the concept that the Poetry Foundation has come up with.  Sure, any old poetry app can let you search for poems by theme…but TWO themes?  Okay, maybe I’m way too excited about this, but I just think it’s rad.  Okay, so you open the app, hit ‘spin’, and it randomly lines up two categories.  These categories include anger, grief, humor, even boredom!  Naturally everything comes back to the wedding, and this app makes it a snap finding just the right poems for our special day. 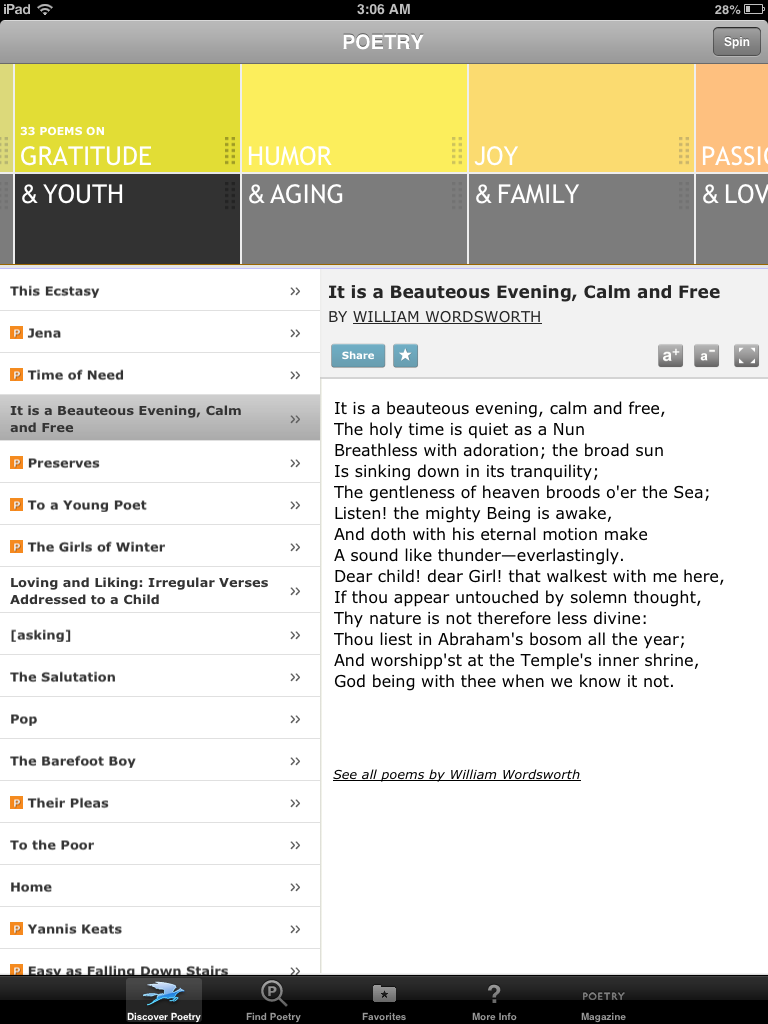 Now, quotes. Another one of my favorite things (Mr Anderson loves them, too!). 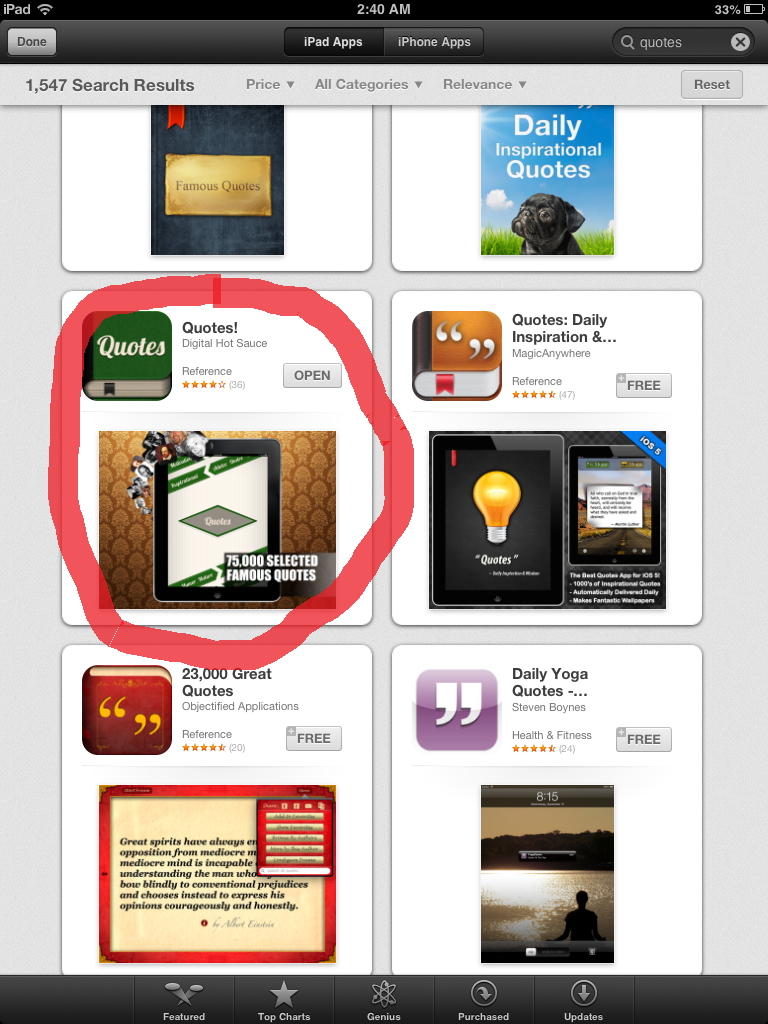 Unfortunately, the app I’m currently settled on for quotes (shockingly called Quotes) does have some ads, but otherwise I love the aesthetics.  You can just flip randomly through whatever featured quotes they have, or view them by categories such as ‘achievement’, ‘creativity’, and ‘justice’. 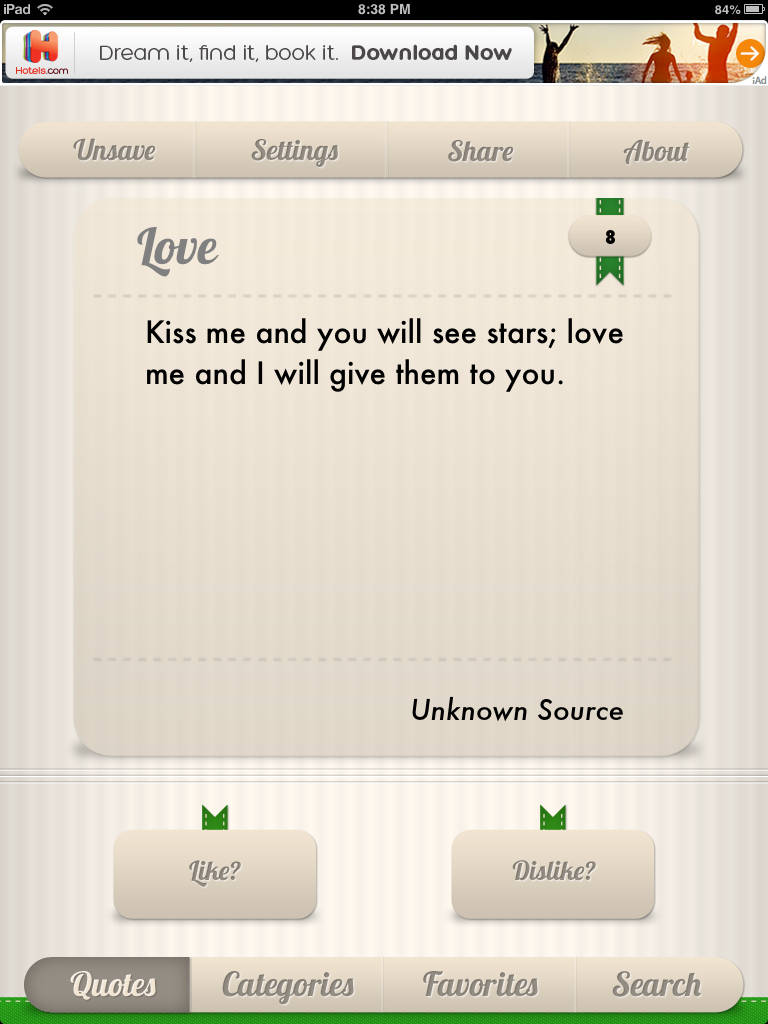 Best of all, both the poetry and quotes apps I chose allow you to search for specifics (if browsing isn’t your fancy) and save your favourites for later! Yay!

I hope you guys enjoyed this review.  Come back tomorrow for apps about another of my favorite things: music!  Later, gator!

Want to catch up on the full series?  Check below for the posts you missed!

Part One:  Social Media and Etsy

2 thoughts on “iPad App Reviews 5: Comics, Poetry, and Beyond!”