It’s almost that time of year again! Time to dust off your PVR, program in the premiere dates, and clear your weeknight prime-time schedule.

One of the more difficult decisions (‘difficult’ of course in the first-world problems kind of sense) is figuring out which new shows are worth space in the glory that is your TV-watching calendar. Mine is very full and detailed, but since we live in the wondrous technological age we do – with time shifting and up to eight simultaneous recording slots – I think I can make some room if the new show is deemed worthy. 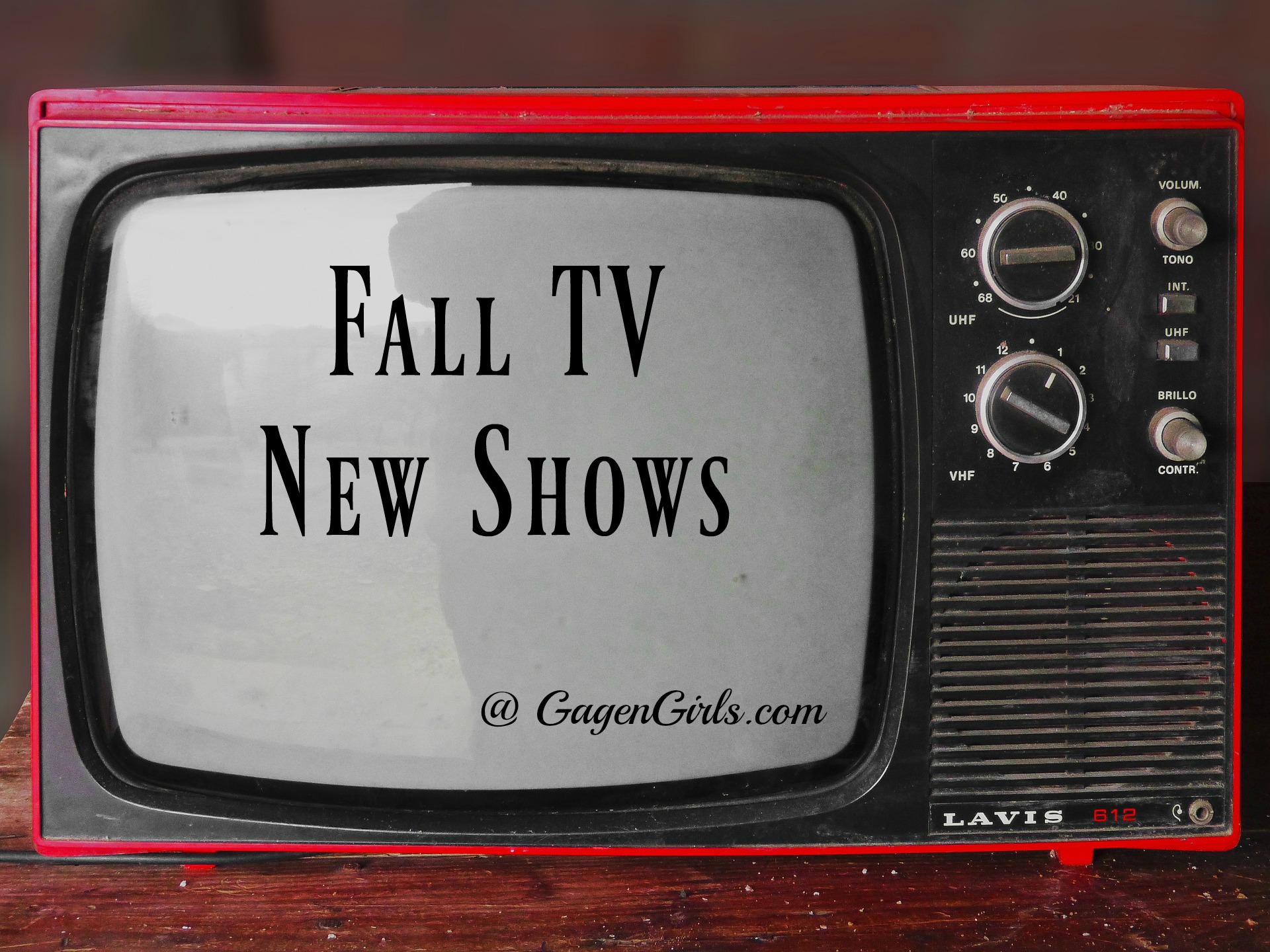 I have done my research; I have read reviews, plot outlines and cast lists. Now I have firmly sorted out which shows I’m anxiously waiting to have premiere (my ‘see’ list), which I will program to record but that can perhaps wait a few weeks (‘schedule’), and which I will just take a pass on (‘skip’).

So, without further ado, here is my preview:

*Note, for sake of time and interest, I’m only picking a few to comment on. This is not the full selection of new fall TV shows.

Okay, now normally I’m not gung-ho on cop shows, but I think this one has some stuff going for it. Check out the teaser trailer:

First of all, word has it that this show is based on true events, which is interesting. Maybe I’m ill-informed, but I had never heard of this happening until reading about the upcoming series. In any case, I’m interested in the interesting spin on the normal cop drama plus what looks like some intriguing relationships between the characters. Mostly, I think it’s going to be Justin Kirk’s acting that draws me in. I never watched Weeds, but based on the promo he is really selling me on the character. Let’s hope that lasts!

Michael Weatherly was a major draw for me on NCIS. I was super pumped to hear he was back on television. To be fair, the first time I saw the preview, I didn’t even recognise Weatherly. I was drawn in by the twist on the typical lawyer show, charmed by Bull’s brash, witty and sarcastic character, and eventually went, “Oh hey, that’s Michael Weatherly. Score!” So far, the show is winning it on all fronts for me. I’m excited that it’s one of the earlier shows to premiere (read: not in October), too.

I’ll admit, this one had me undecided for awhile. Hayley Atwell is a major plus. The plot could go either way for me. But it was the promo that had me deciding I just had to watch this. Check it out:

I miss Veronica Mars, sometimes on daily basis. The movie was good but not enough. I will take this consolation prize of having a different Kristen Bell show to soothe my pain. You have to admit, though, that the combination of Kristen Bell and Ted Dansen is a bit out of left field. However, I’ve watched the promos, and I’m kind of digging it:

This show has absolutely everything going for it. It’s about the first woman major league baseball player, which is sadly still fiction for reasons I don’t quite understand. The acting of Kylie Bunbury looks top-notch. Mark-Paul Gosselaar fills the hole he left in my life since Franklin & Bash got cancelled. And, best of all, Fox has partnered with MLB, which means the show will have access to all things baseball. It’s all very exciting.

Okay, first of all, it stars AMAZING actors – Vanessa Hudgens, Danny Pudi, Alan Tudyk, oh my! And THEN it has to go and be set in the DC Comics Universe (which is why I’m a little surprised it’s not on the CW so they can tap into powerful – pun realised in hindsight – crossovers and guest stars). But THEN it goes and surprises us by having it be from the perspective of ordinary people cleaning up the financial messes of the heroes and villains? That’s a fun twist. Yes, please.

Despite being a huge Melissa McCarthy fan, I could never really get into Mike & Molly. However, I did happen to catch a few episodes here and there and found Katy Mixon to be a great comedic player. I also appreciate the context that she is playing a woman surrounded by “perfect” families and think it will be interesting how her character will deal with that. This only gets downgraded to a ‘schedule’ because these kinds of comedies can go either way once they actually start airing. I’ll wait to see whether it’s worth really getting excited about or if I’ll save it for days when there’s nothing else to watch.

Some are calling this the must-watch of the season. I’m a bit more hesitant. I wasn’t a West Wing person, I don’t watch Scandal…politics shows are a bit…meh for me. However, the interesting premise has me wanting to at least give it a chance. Impress me, Sutherland.

Please, Joel McHale, please let this be even half as good as Community. Please don’t let this be just a bunch of vapid millennials (yes, I know I am one) spewing really corny jokes. Please.

Okay, I know I just ragged on vapid millennials, but this show just sounds too good. I just imagine myself cackling at the survivalists having to deal with people like…well, me. Although probably actually worse than me. But still potentially quite relatable. Again, as long as it’s not just too much, I can probably dig it.

Oh yes, Adam Pally is back! I just absolutely loved him on The Mindy Project (though I hope he’ll still show up for a couple episodes here and there, Mindy needs him). And then the added bonus of Leighton Meester? I don’t even care if the show turns out to be terrible, I could watch those two do just about anything. Thanks, Fox.

To be fair, I don’t think it looks terrible.

Premieres Oct. 4 at 9pm EST on the CW

I’m super sad that Galavant isn’t on anymore. Super, duper, so incredibly sad. Unfortunately, it looks like Galavant has moved on, since Joshua Sasse is now starring on this CW show. The mix of the uptight girl and the living-in-the-moment boy could be quite appealing, especially in a comedy setting. Plus, I kind of want to see if Sasse’s character ends up being right about the end of the world. That would be a fun season one finale twist. (And Sasse took his shirt off in the trailer, I’m hooked. Check it out here. You know you want to.)

A dark twist on the Archie comics? Not so sure about that. The casting isn’t what I would expect either. I have to give it a try, but I’m not exactly holding my breath either.

I never liked 24 to begin with. The concept was neat – the entire season happening over the span of 24 hours happening in real time – but I just didn’t care. The genre just isn’t to my liking, as I see this largely as just mindless action and explosions and nothing that really grips me. I get why other people might have liked 24 (I think Mom watched the first season back in the day – note from Mom: I didn’t even watch the whole first season) and why people might now be excited for this follow-up, but I’ll pass.

I tried really hard to like the Blacklist. I love, love, love James Spader, but even he wasn’t enough to keep me coming back past the first season. It was always trying to make itself more complicated than it needed to be. Now it sounds like they’re doing it again, with Tom Keen now working with his biological mother and uncovering his shadowy past. Tom’s pretty, but the second they revealed him as a possible double-crosser, I was out. Sorry, Tom, I’m just not that into you.

Continuing a trend, it’s yet another spin-off that I just didn’t need. I watched a couple of episodes of Chicago Fire because I wanted to still see the brilliant Jesse Spencer post-House (and Uptown Girls, in which I may have totally adored him). But the one or two episodes I watched just did nothing for me. And now we’re on the…what, fifth? twelfth? eightieth? incarnation of the Chicago series? No, thanks.

Do you agree or disagree with our lists? Any other shows you think we were remiss in ignoring? Let us know in the comments.

One thought on “Fall TV New Shows: What to See, Schedule & Skip”