Also note that I am not a health professional and this blog should not serve as medical advice. You can read more about that on the disclaimer page, too.

I took my supposed fertility for granted. So when Mr Anderson and I started actively trying mid-February of 2016, we expected our first little one to arrive by March 2017 at the latest. How naive we were. 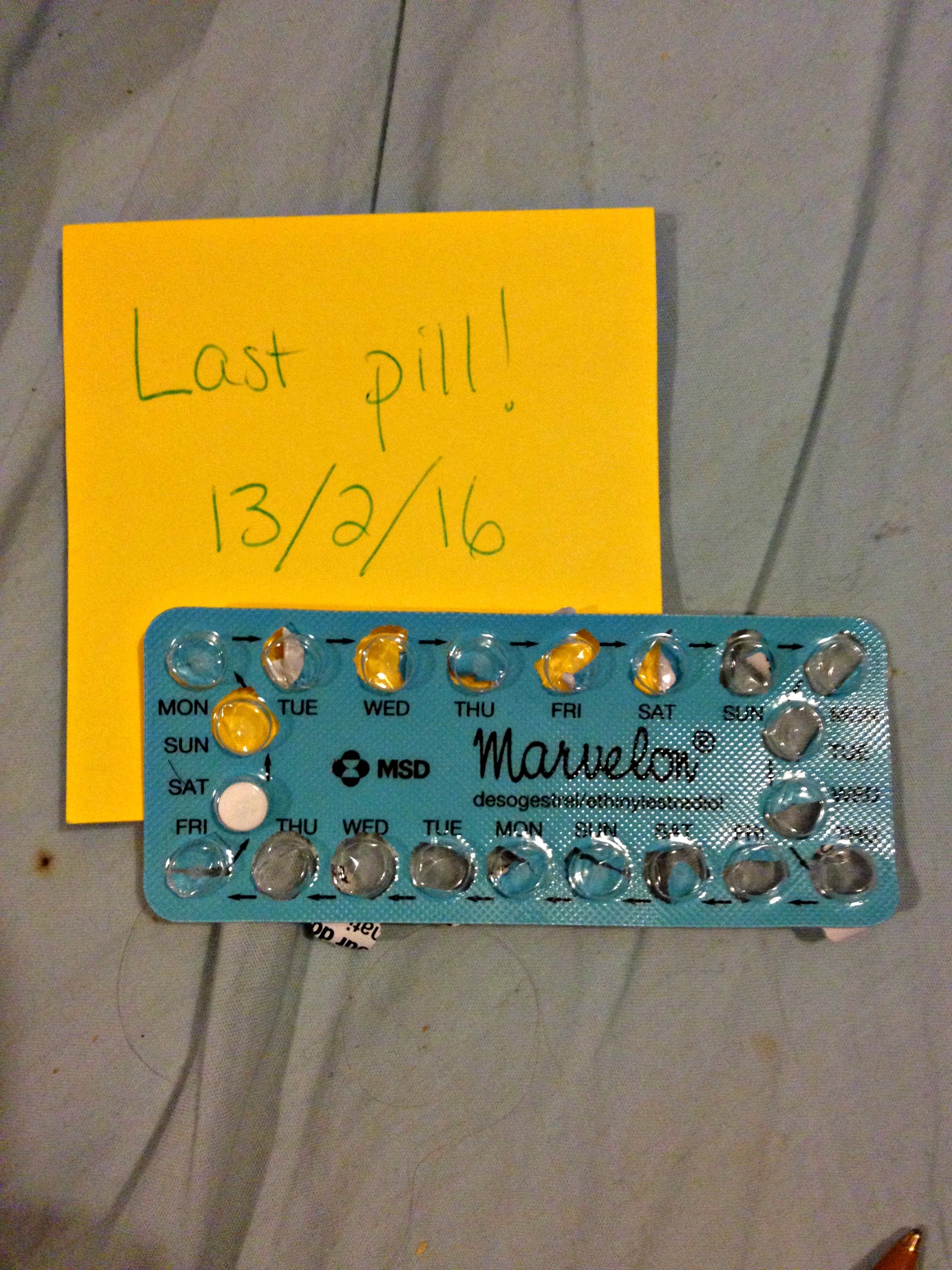 As you can see, I took my last birth control pill on February 13, 2016. We had done the math and decided that, based on when we were flying  home to Canada, that was the earliest we would want to be pregnant. We made our peace with it maybe taking a couple months (ha!) but were so excited. My “period”* came as normal, and we figured approximately two weeks later I would ovulate. That’s what was ‘normal’ – by which they mean ‘average’ – and I had no reason to believe I’d be either ‘abnormal’ or irregular (ha!).

*I’ve put period in quotations because – fun fact! – when you bleed after having recently stopped taking the pill (aka that one week where you’re off the pill or on the sugar pill), that’s not a real period. That’s called a withdrawal bleed, because it has nothing to do with your cycle (the pill should stop you from ovulating, and you SHOULD only have a period after ovulating). This is purely your body having withdrawal symptoms from the sudden drop-off of hormones.

So off we went to Cardiff, Wales, and I started taking regular prenatal pills, happily believing our dreams were about to come true.

Nothing. Literally nothing. I did not ovulate a single time in the first three months after stopping the pill. How do I know this? Because I did not have one. Single. Period.

If you’re not actively trying to get pregnant, this might be a god-send, because who the hell actually wants their period? (Although I must say, while you might be celebrating, three months of no period is probably a good reason to go see a doctor.)

If you ARE trying to conceive, this is not a good outcome. Even if your period means you weren’t successful that month, having no period at all is…there are no words. Devastating? Worrisome? A nightmare?

Fighting feelings of being broken, I went to my UK doctor and all he said was, “That’s normal after being on the pill for so long.” Okay, great. Don’t check me for PCOS (which was the FIRST thing my doctor did upon returning home in Canada, by the way). Don’t draw blood and check my hormones. Don’t even do a quick physical exam or give me any tips other than “wait it out.” Like, really?

I can’t even tell you how much money I spent on home pregnancy tests, thinking maybe my period was simply late.

What I found from various naturopathic/homeopathic/home remedy/natural health websites and amazing conversations with women on the What to Expect TTC [Trying to Conceive] message boards was a HUGE list of supplement, vitamin and CAM (Complementary and Alternative Medicine) options.

I ended up selecting Evening Primrose Oil, Vitamins B6 and D3, and Maca Root. My research suggested they were the least hard on your system and the most just generally beneficial for everyone, beyond fertility. I also didn’t want to throw a million things into my body all at once, but rather ease myself into it.

On May 28, 2016 – two weeks after starting these supplements – I ovulated. On June 11, 2016, I started my first real period since stopping the pill. I’m not saying that those supplements were what caused my sudden resurgence of natural hormones, but it felt like enough of a coincidence for me to pat myself on the back and congratulate myself for taking matters into my own hands.

Now came a lot of trying. (Trust me, not as fun as it sounds. Try having sex on a schedule for almost a year and tell me how satisfied you are.)

I downloaded an app to keep track of my cycles – Period Tracker Deluxe by GP Apps from the Apple Store. It was great because not only does it track cycles, but it helps you predict your date of ovulation, allows tracking of other symptoms, and has specific TTC and Pregnancy modes. (Definitely worth the paid upgrade from the Lite version.) It also appears innocuously as ‘P Tracker’ on your phone, in case you are embarrassed by such things.

It’s because I tracked my cycles that I learned several things about my body – an absolute MUST for anyone trying to get pregnant. I tracked cervical mucous/height and found my patterns. I also learned how to tell that I’d just ovulated based on how my breasts felt.

The only frustrating part of tracking my cycles was seeing just how LONG they were. I went from having beautiful regular 28-day cycles on the pill to having long, irregular, unpredictable ‘months’. 40 days one month, 41 the next, up to 57 after that…what’s a girl supposed to do with that?! (By the time I got pregnant, my cycle had dropped from 50 down to 34, the shortest they had been since going off the pill.)

I eventually started using Ovulation Predictor Kits (OPKs). (Note that I linked the combo pack with both ovulation and pregnancy tests. It’s the best bang for your buck and they both work really well.) While I could generally tell when I had ovulated based on tracking my cervical mucous and position, I sometimes noticed that my body seemed to gear up for ovulation and then not follow through, having my cervix doing supposed ovulation-related things twice a cycle – once for practise, once for real. I wanted to know for certain.

The use of OPKs made it easier to follow SMEP – the Sperm Meets Egg Plan. You can read about it yourself to learn how to follow it, but it lays out a very clear schedule and to-do list to follow. By following this schedule, sperm is being introduced into your system every 24-48 hours, especially around the time you get your positive OPK. That way, you can rest assured that you’ve done everything you can to ensure a good supply of sperm are ready and waiting when the egg is released.

The other great thing about OPKs is that, if your cycle is irregular like mine was, the dating of your pregnancy (based on the first day of your last menstrual period, or LMP) will be off until you get your first ultrasound. Using my LMP date would have given me a due date of September 22, 2017. But since I knew the exact day of ovulation, I already knew my midwife would give me an estimated due date of September 26, which was later confirmed by ultrasound. It’s not a big deal, but one less thing to be uncertain about.

I had started my period on December 16, 2016, SMEPed perfectly, and got my positive OPK on January 3, 2017 (meaning I actually ovulated on January 4th, because science). The tender breasts I got after every ovulation lasted longer – they usually faded a few days before my period was expected. (I never knew when I would ovulate, but my luteal phase – the time between ovulation and your next period – was a constant and ‘perfect’ 14 days.) As my period was due to approach, things seemed ‘off’.

I broke my rule and tested early. I had my Easy@Home cheapos, which they say aren’t even supposed to work early like the more expensive brands are, but I didn’t feel bad potentially wasting one of them. And then I ran right out of the bathroom and shoved it shakily in front of Mom’s face. “Do you see a second line?” She did.

I tested again the next day. The second line was still there, even a bit darker this time.

After two days of no sleep, I bought myself a First Response. Mom insisted she didn’t trust the cheapos, but the OPKs hadn’t failed me yet, why would the pregnancy test not work? But I relented, wanting confirmation and also realising that those tiny little cheapos wouldn’t make great photos. Mr Anderson came home from work and…cue the tears.

Every story is different. If Mr Anderson and I couldn’t have gotten pregnant, we would have adopted and still called it a happy ending. We hope you also get your happy ending.

Edited to add pictures of my happy little dude, born healthy and perfect on September 15, 2017. 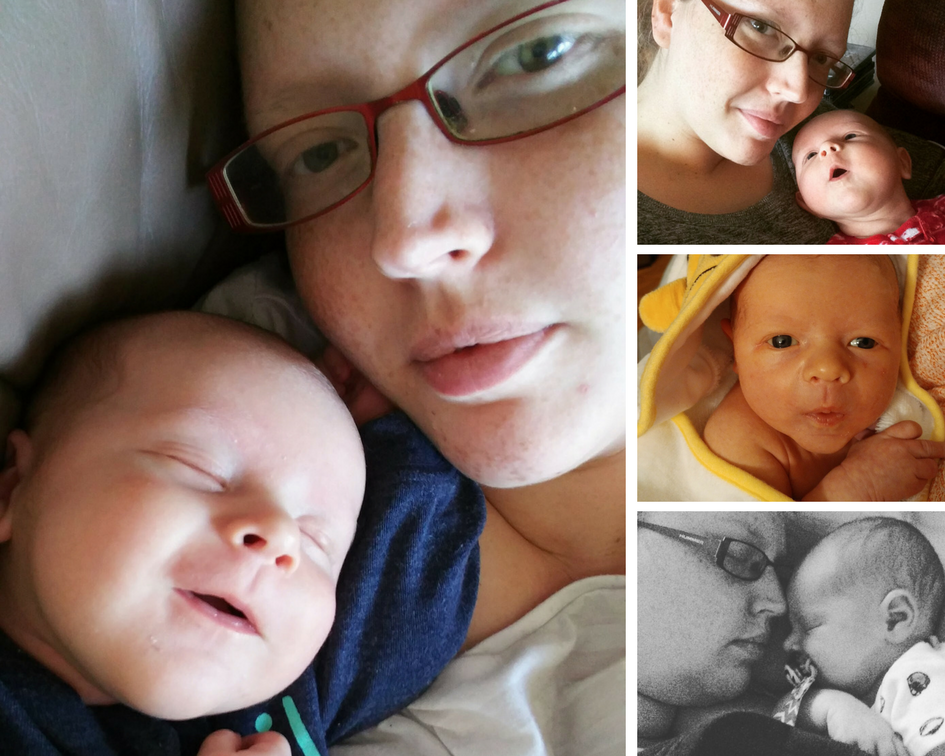 Please leave your own fertility stories in the comments, along with any questions, comments or concerns you may have. We’d love to hear from you.

2 thoughts on “Trying to Conceive: My Fertility Journey”