Little Anderson is just a week and a half away from being a whole six months old! Time has flown by; I truly can’t believe how big my little boy is getting. It feels like he should still be that squishy little 8-pounder I cuddled all day (and night) for weeks.

He’s hitting so many of his milestones. He’s had amazing head and neck control since literally seconds after birth. He’s rolling really well from back to tummy (although once he gets to his tummy he immediately looks like he feels tricked and remembers how much he hates tummy time). And I feel like he’s days away from sitting unassisted, for short periods at least. 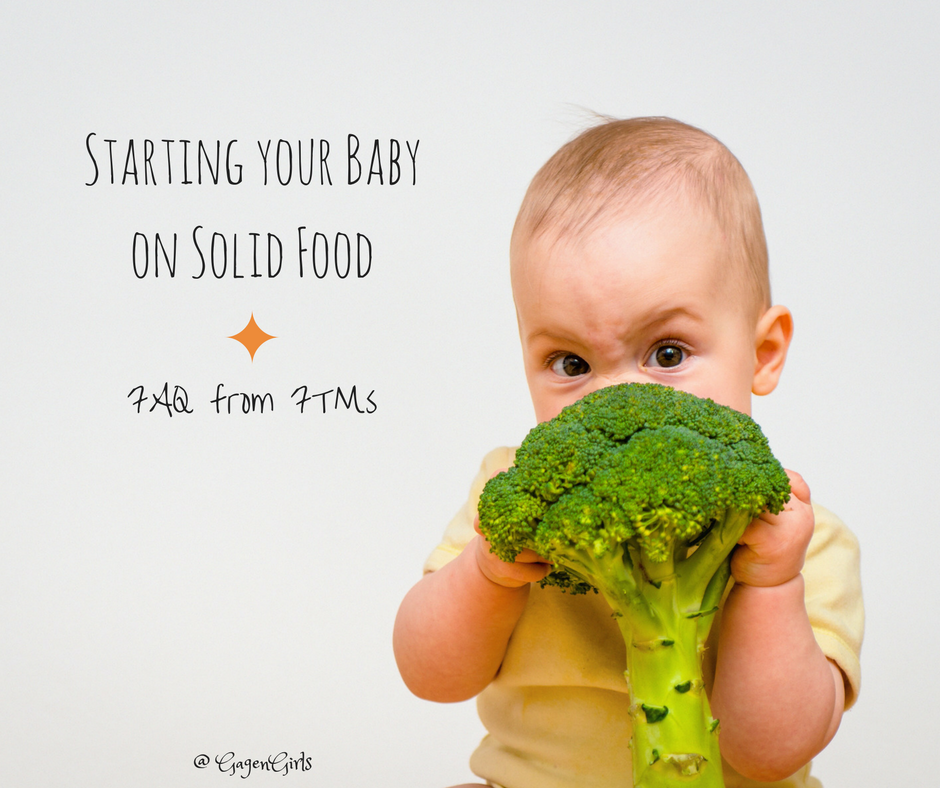 For nearly six months now, this little dude has had nothing to eat or drink except breastmilk. Our journey was rocky at the beginning but has been smooth sailing for awhile now.

The World Health Organization, UNICEF, Health Canada, the American Academy of Pediatrics, and the Canadian Pediatric Society – just to name a few – all recommend waiting until at least six months of age before giving anything other than breastmilk or formula. This is a change from previous recommendations that started earlier based on new research. Studies are showing that a baby’s system is just not ready for anything else in those early months, and that they don’t need anything – breastmilk and/or formula meets all their nutritional needs for the first six months of life.

As we get closer to this exciting milestone, it’s been slightly overwhelming figuring out where to start, to be honest. There are lots of decisions to be made – and lots of conflicting opinions on the internet. Facing the reality his diapers are about to become a whole new ordeal isn’t the only daunting part of starting solids.

So where to start?

When should I start weaning?

As mentioned above, babies don’t need anything but breastmilk or formula before six months of age. Introducing anything else – including cereals and even water – can do more harm good, and really serves no purpose (except in cases of very specific health needs, which should be discussed with a doctor).

There are other physiological signs that baby is ready, however, that need to be met in addition to the minimum age.

Your baby needs to be sitting fairly well. Some sources say they need to be sitting totally unassisted for at least a minute at a time, while other sources say sitting with assistance but with excellent head and neck control. I’ll be asking the pediatrician and chiropractor for their opinions before Buddy starts anything.

Baby should also be showing signs of interest in the food, like watching their parents eat and maybe even reaching for food. (Our little man has been doing this for at least three months. He seems desperate to share/steal or food. We keep joking that we hope he’s not sorely disappointed when he finally gets some.)

You should also check for baby’s tongue thrust, the reflex that uses the tongue to immediately push things out for the mouth. Apparently there’s no way of knowing if they’ve lost this reflex until you actually try feeding them and see how it goes, or at least so sayeth the women in my Facebook parenting groups.

Before baby starts finger food (or baby led weaning, which I’ll be discussing in an upcoming post), they also need to develop a “pincer grasp”, where they pick objects up between their finger and thumb rather than with their whole fist. 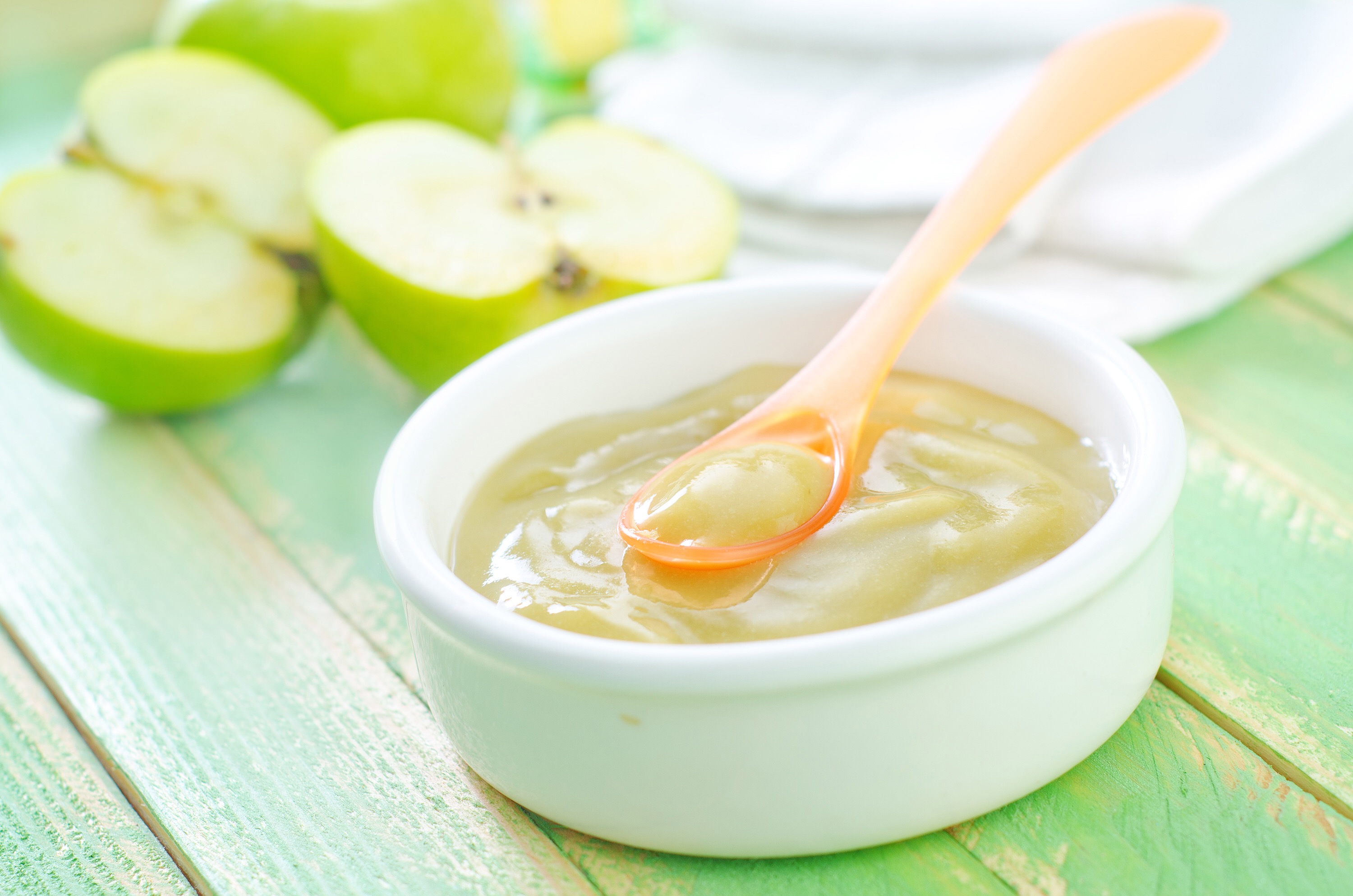 What foods should I give first?

Health Canada, plus most modern sources, say you need to start with iron-rich foods. This is because the iron stores your baby saved up in utero are fairly depleted. To be fair, this is more of a concern for breastfed babies, since formula is typically fortified with iron I believe, whereas breastmilk is not an adequate source of enough iron by this age. So for your first foods, you may include iron-fortified infant cereals (or not, which you can read about in an upcoming post), meats, poultry, fish, beans, legumes, tofu, and some vegetables. One of the first foods we’re giving is going to be beef or chicken liver, since it’s easy to puree.

Current guidelines also have you introducing allergens early as well. This push is a BIG change from when our parents had us (and later) when they had you delaying the introduction of allergens, which actually resulted in higher levels of food allergies in children. (Ditto with the guidelines where pregnant women were told not to eat peanut butter during pregnancy. That has been kiboshed, too.)

Since Mom is allergic to strawberries and has sensitivities to seafood, mushrooms, and tomatoes, those ended up quite high on our list of first foods. Plus there’s the common allergens everyone should be exposed to early – cow’s milk, egg, peanut, tree nuts, soy, sesame, wheat, fish and other seafood. This early exposure to the common allergens plus a wide range of other nutritious food should help prevent food allergies later in lfie. Of course if you’re concerned about giving your child a food with a family history of allergies, particularly of those currently living in the household, you should discuss options with your doctor beforehand.

Another group which you may want to introduce early are those containing high levels of vitamin C. Iron is more readily absorbed when consumed at the same time as vitamin C, which makes this an ideal pairing for first foods.

Beyond these first food suggestions, you are generally free to give your baby anything within reason. Aim for your baby to be eating all major food groups and getting a wide range of nutrients in their complementary meals.

The only things that should be absolutely avoided are honey (a huge risk for botulism, which could be fatal for your little one) and anything that poses an obvious choking hazard. Your baby’s food should be free of added salt and sugar, for health reasons, but other herbs and spices may be used. There are some schools of thought that a baby’s food should be bland but there’s no real basis for that. It’s up to you what range of flavours you wish to introduce.

Just make sure that you only introduce one new food at a time, in case your baby has an allergic reaction. It’s best to introduce a new food in the morning so you can keep an eye on them during the day. You should also wait 1-3 days before introducing another new food, in case the allergic reaction is slow to develop.

How much food should my baby be getting?

Not much, at first. Keep in mind that these foods are considered complementary – breastmilk and/or formula should still be their main source of nutrients.

Start with little amounts of food 2-3 times a day to see how your baby enjoys them. You could start with a tablespoon or so and see how much your baby is willing to take.

By 8-9 months, you’ll want to be steadily building up to 2-3 meals a day with 1-2 snacks in between. These should still be responsive feedings, only given on demand when your infant shows signs of hunger.

And, of course, this should be on top of any breastmilk or formula your child needs. 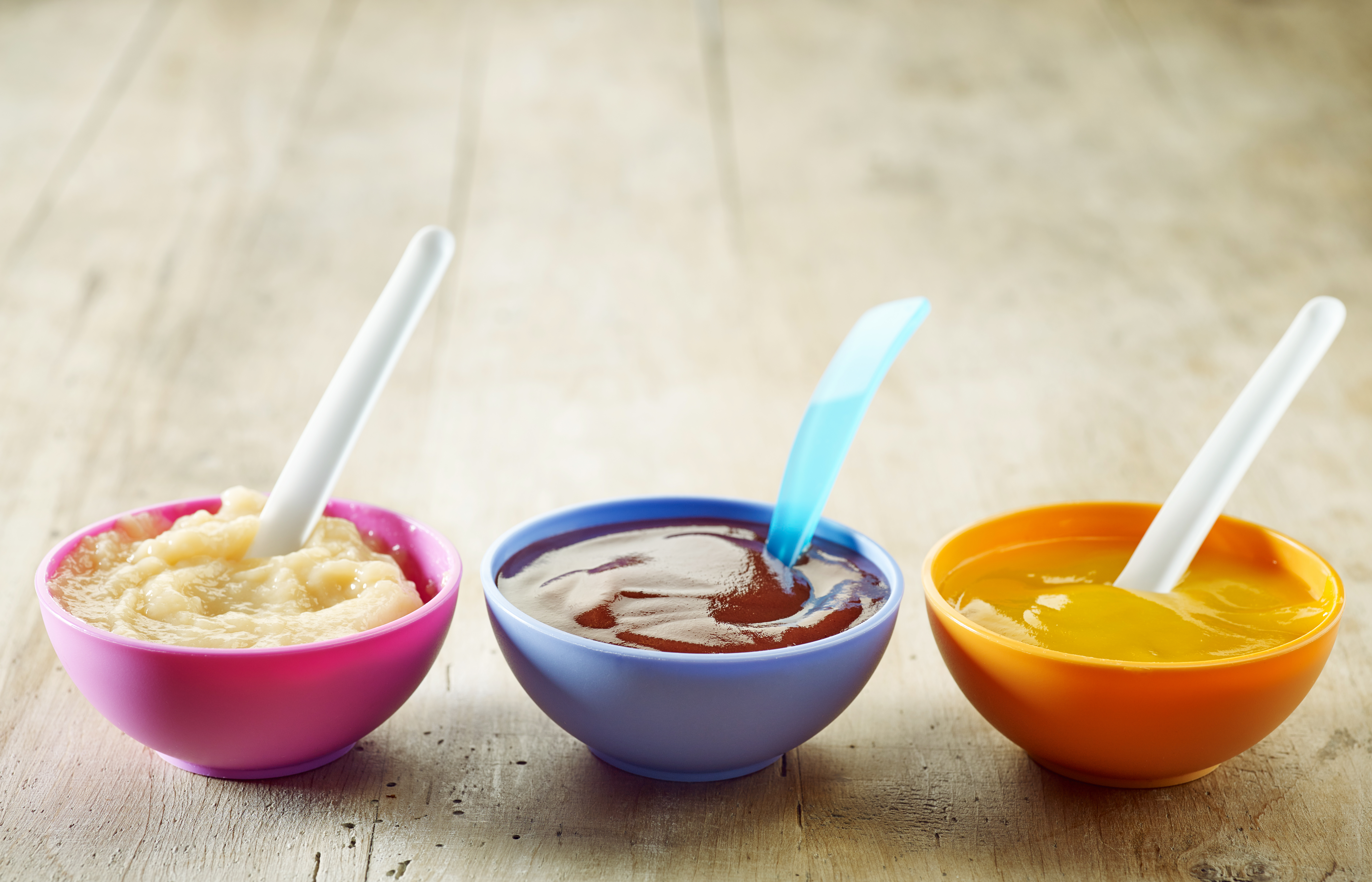 How do I go about introducing these foods?

I may update this section once I’ve actually tried this on Little Mister, but here are the general ideas I’ve cobbled together:

You should be using a soft-tipped spoon to avoid injuring your baby by accident. It’s also good to use open cups if possible (sippy cups if not, though preferably not past 12 months), and to encourage baby to feed themselves, using their fingers or spoons.

What if my baby doesn’t like the new food?

Don’t fret it your baby doesn’t take to food right away. Remember that most of your baby’s nutritional needs will continue being met by breastmilk or formula until at least age 1.

I read somewhere that you should introduce a new food up to something like 20 times to try and get your baby to like it. Some babies are particularly stubborn, but you want them eating a good variety of nutrients, flavours and textures by age 1, so don’t give up.

If you’re concerned your baby isn’t getting what they need – particularly iron – discuss it with your doctor before stressing or making any drastic changes. 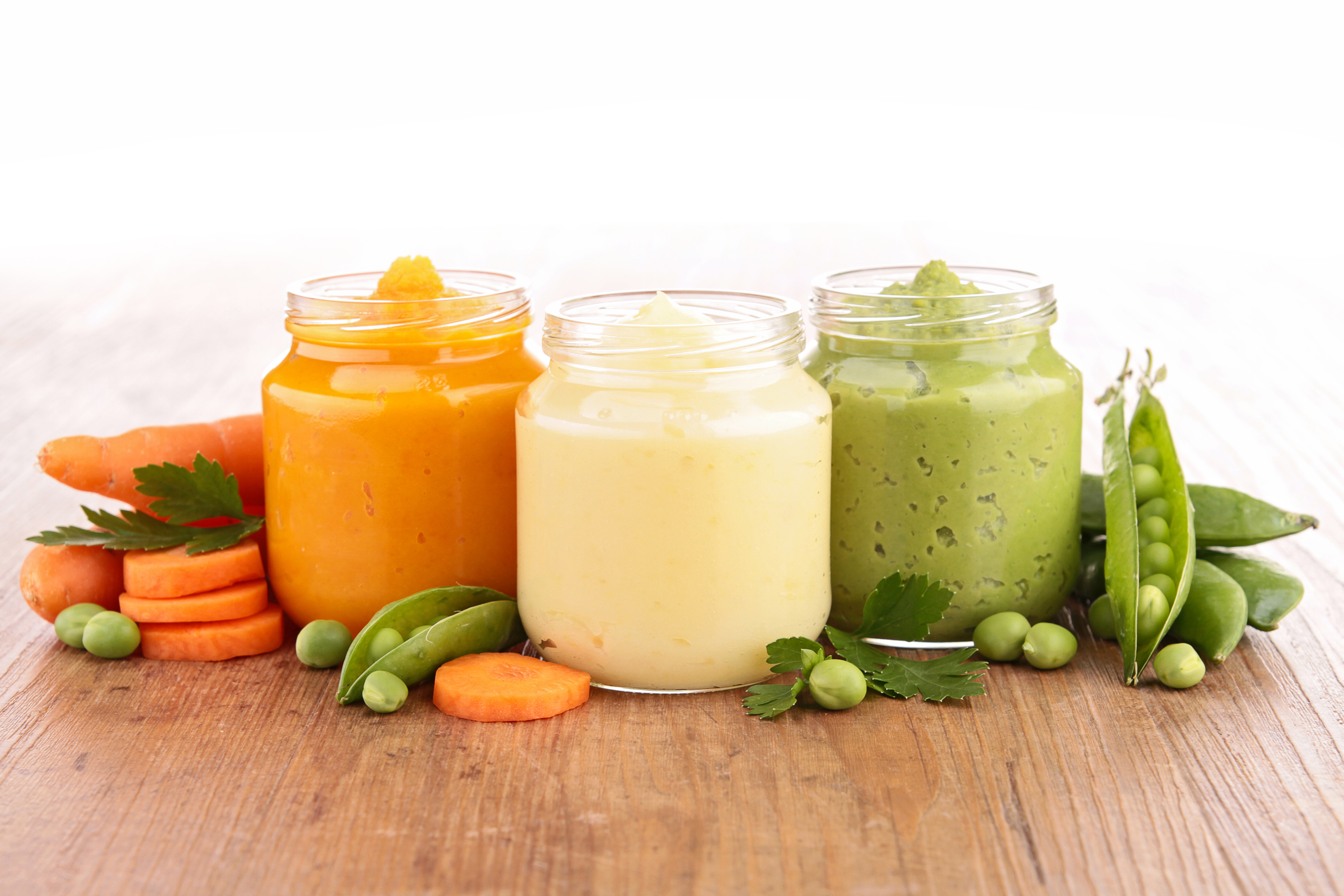 What else should I know?

This really is an exciting time for a new parent. Even with all the added stress of having to prepare, serve and clean up food – not to mention those truly horrific diapers coming my way – it’s fun thinking about this new stage in his life.

Parenting involves so many decisions, and if the internet is to be believed, a lot of them revolve around starting your baby on solids. When should I start giving food? What is baby led weaning and should we do it? What’s the best first food? Should I give my baby infant cereals?

This is the first post in a series I’ll be posting over the next few weeks where I attempt to answer those questions. Plus, stay tuned for a great giveaway to help you and your little one get ready to start solids! You doesn’t like free stuff, right?

If you have any questions about feeding your baby, drop them in the comments. Happy eating, everyone! 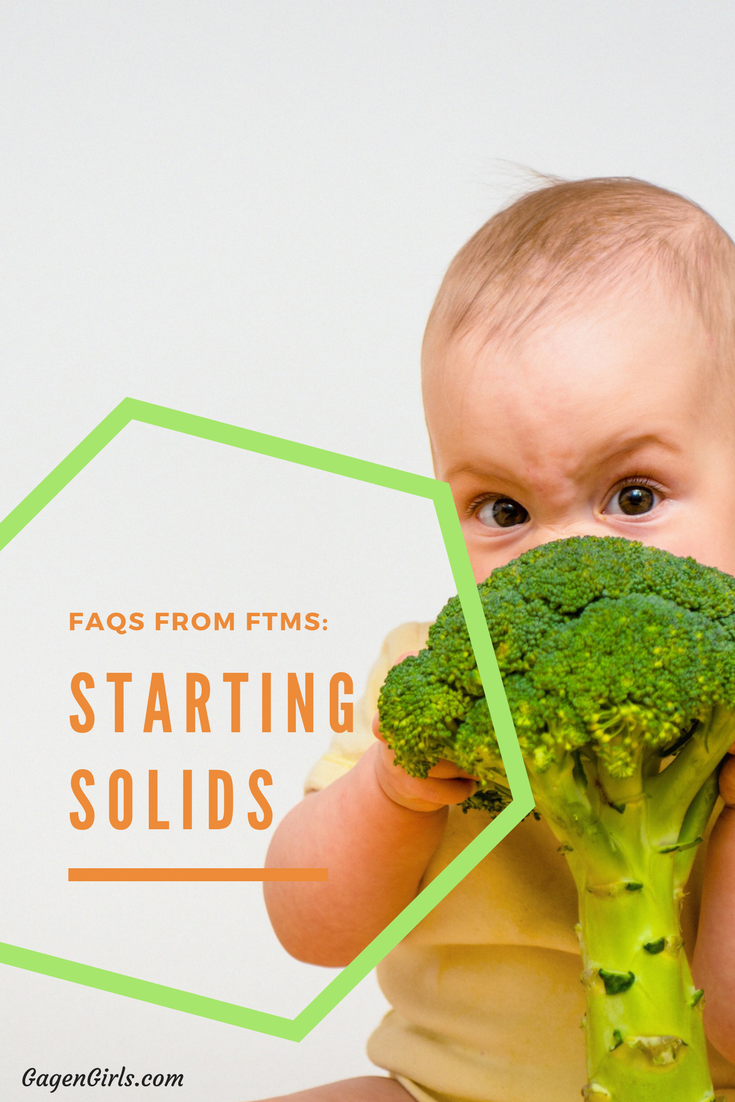 2 thoughts on “Weaning Baby onto Solid Food: FAQs from FTMs”