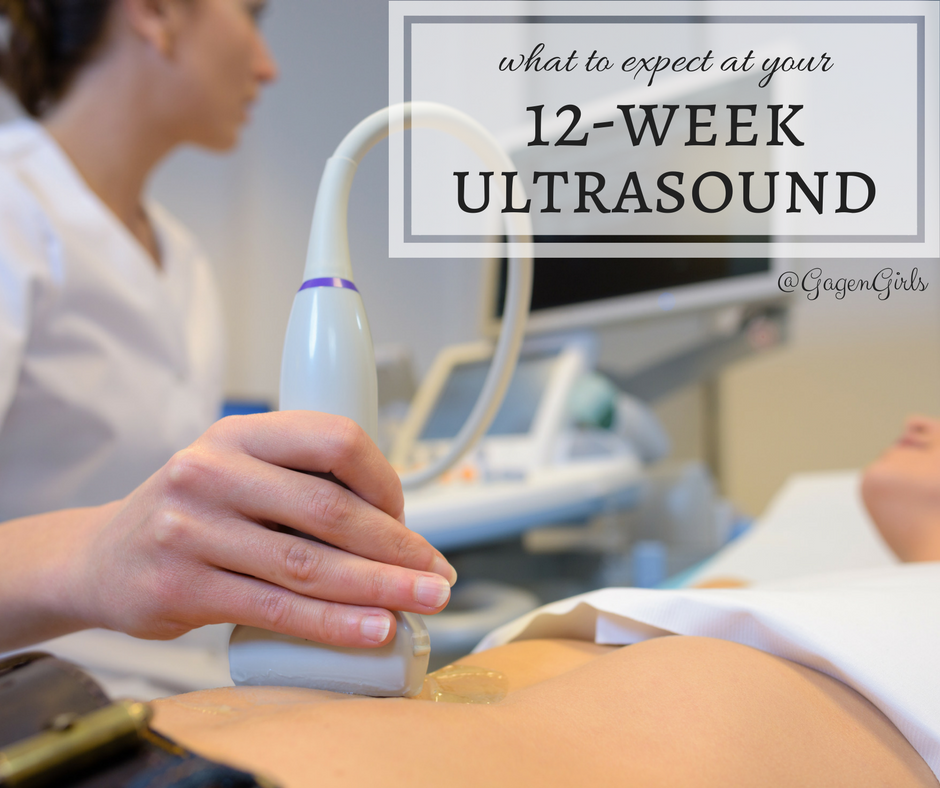 If your health practitioner has no concerns and believes you are “low risk”, likely the first ‘big’ pregnancy thing you’ll get to experience is an ultrasound at or around the 12 weeks.

(Some women actually have their first ultrasound much earlier in their pregnancies. Often these are “dating scans,” where the goal is to figure out how far along you are. Women like me, who could not only rattle off the dates of every period but also pretty much the exact date of conception, don’t need such scans. I knew my due date before I ever even booked an appointment with my midwives. Other reasons for earlier ultrasoounds are usually more worrisome, based on troublng symptoms like heavy bleeding or past medical hstory such as prior miscarriages.)

For us first-timers, an ultrasound can be an exciting but perhaps confusing experience. Here are some things you can probably expect at your 12-week ultrasound.

When should I go?

Your “12-week” scan typically occurs between 11-13 weeks. If you haven’t had a dating scan yet, your health practitioners might want you to aim earlier in that range just in case you’re further along than you thought.

How should I prepare?

I recommend dressing comfortably, particularly in comfortable pants and a top so the technician has easy access to your belly. I dressed in layers, which was lucky because it turned out to be quite warm in that room, despite being a fairly chilly March day.

Likely you’ll be told to drink something like 1L of water at least one hour before going in. This helps lift the uterus so the technician can get a better view of things. Apparently it’s not always necessary though, because I had the great privelege of being allowed to pee to partially empty my bladder (though peeing ‘only a little’ and then stopping is a great feat, I must say).

Not a fan of chugging water? I feel you, especially if your morning sickness is anything like mine. Here’s a pro tip: try to schedule your scan as early in the morning as possible, then just don’t pee after waking up. I was able to only have to sip a little water while waiting and still have an over-full bladder.

Make sure you’ve eaten and try to be well-rested. And though it’s easier said than done, try not to be too anxious. 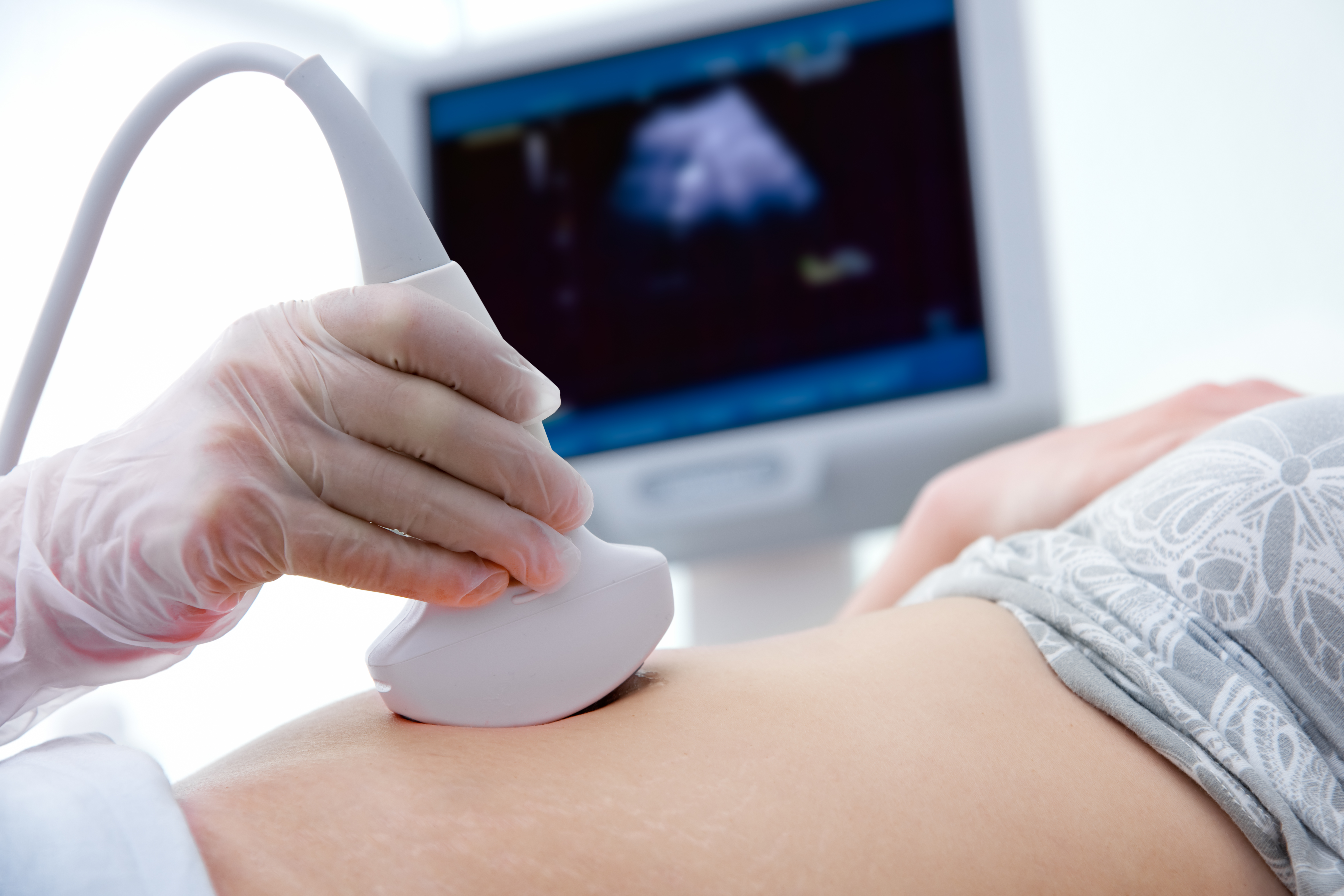 How is the scan done?

Likely you’ll be able to have a routine ultrasound, done through the belly/pelvis area. The technician will squirt gel on your lower belly area and roll it around with a wand that’s connected to a computer. On the computer will appear black and white images of the inside of your body, including your baby.

If for some reason the technician is not able to get a good image that way, you may have to get a transvaginal ultrasound instead. In this case, a different wand is inserted (with the help of lubrication, of course) into your vagina and the images are taken that way.

What is the Integrated Prenatal Screening (also known as Nuchal Translucency Screening)?

I knew I was pregnant just shy of four weeks. Since it’s standard in most places to not have your first midwife appointment until closer to 7-8 weeks, I went to my regular doctor for a comforting confirmation blood test. When I went back for my results and was, thankfully, definitely pregnant, he began handing me a series of forms, saying they were for my “IPS,” as if I would just inherently know what that meant.

What he didn’t say was this: This screening is optional. (And thankfully, my midwife explained it to us fully at our first appointment with her a few weeks later.)

The IPS, or Integrated Prenatal Screening, involves some measurements done during the ultrasound and two blood tests – one done preferably on the same day as the ultrasound, another between 15-18 weeks gestational age. These readings are somehow then combined with your age to create what my midwife referred to as “gambling odds.”

We chose to have the screening done, though many families choose not to. Discuss with your health care provider whether this screening is right for you, including what next steps may occur should your baby come back appearing high risk.

What’s the purpose of this ultrasound?

This ultrasound can have many goals.

If it’s your first ultrasound of the prenancy, it can be used to determine or verify your due date. If performed during the 11-13 week range and done with the blood tests, it can be part of your IPS screening.

In general, though, the main goal of your ultrasound will be to check that baby is growing healthy and on track for where it should be. They’ll also be checking baby’s umbilical cord and placenta.

The technician will also take images of your entire uterus as well as your ovaries, so your health practitioner has a good look at everything.

They’re, of course, also checking to see just how many babies are in there. And yes, even though I was for some reason almost positive that I was having twins, it was ‘merely’ a singleton. 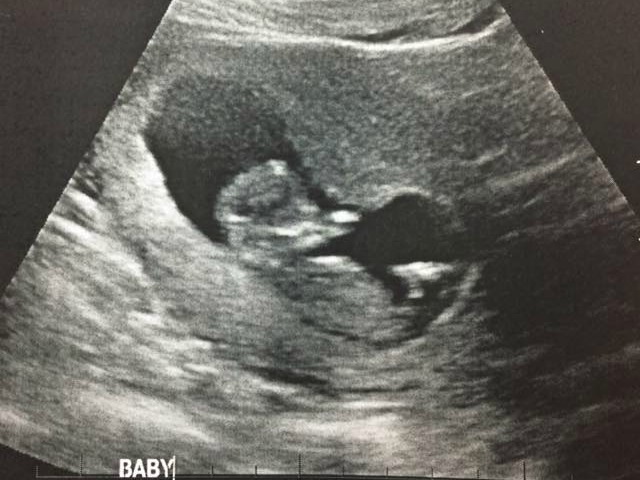 Will my baby be big enough to see anything interesting?

Baby is still a wee little thing, although big enough for a great variety of things to be seen. Due to their size, though, it can be difficult for the technician to get the exact shots they need, especially if you’re having the IPS done.

For my scan, she had me leave and come back half an hour later, telling me eat a little something and drink some orange juice (apparently known to make babies wiggle). She had me roll from side to side, even laying on my belly for a few minutes. She used the ultrasound wand to jiggle my belly, hoping it would make Little Anderson ‘jump’. Boy, she chased that little dude or dudette all around.

This kind of uncooperativeness is not uncommon for babies, which is why these ultrasounds can take as little as 15 minutes or involve multiple visits if you’re particularly unlucky.

[Edited after birth to add: In truth, Little Anderson was difficult like this for every single one of his ultrasounds and Doppler scans, and don’t even get me started on how troublesome he was with that constant heart monitor during labour.]

After all that grief, though, it was all worth it. I walked away with a beautiful picture of my baby.

We could see their head, torso, both arms and both legs. The brain, heart and stomach were also visible. And since Little Anderson hadn’t cooperated for a Doppler scan yet (also not uncommon at this gestational age), it wa so relieving to be able to see the heartbeat. We could even watch as they sucked their thumb!

Can I bring someone?

That will depend on the lab where the test is performed. I brought along both Mr Anderson and Mom.

Since it can take some time for the technician to get all the required images, it’s not uncommon for only the expectant mother to be present for the first part of the scan. In my case, my entourage was invited into the room before I left for my little break, since Mr Anderson had to get bac to work and couldn’t wait around for the last bit of imaging to be done.

Best thing to remember is just to relax and let the technician do their thing. It can be long and nerve-wracking, but hopefully in the end you’ll get to walk away with some imges of your baby! 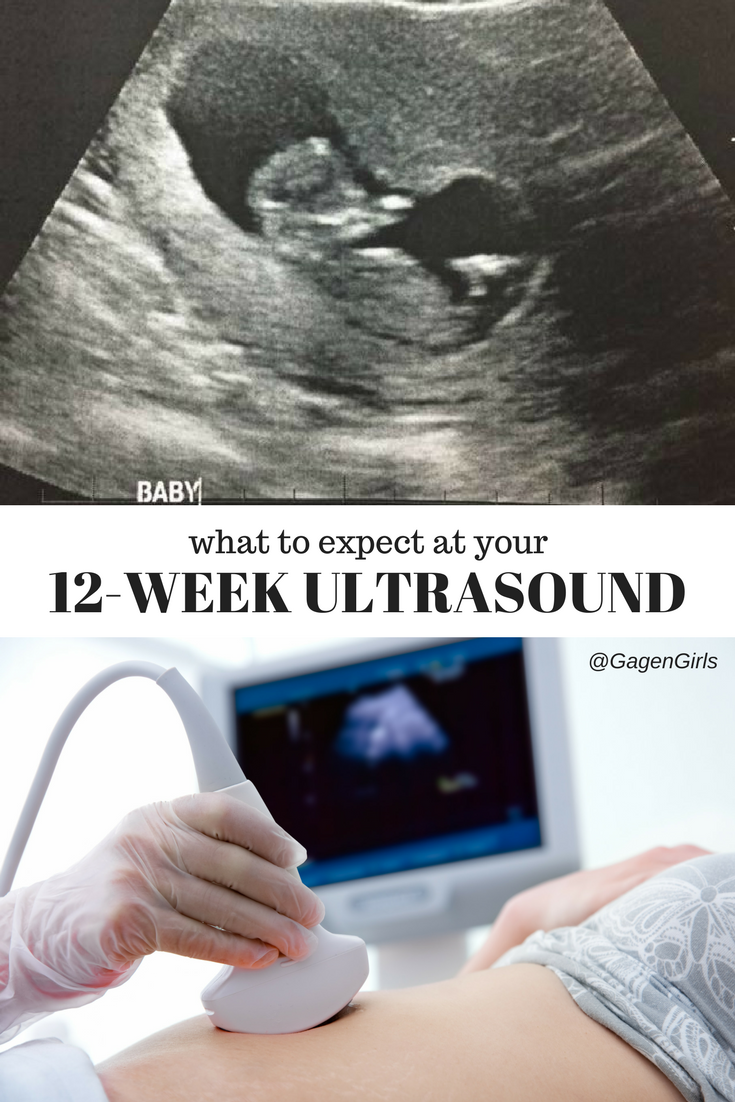 One thought on “What to Expect at Your 12-Week Ultrasound”